Berlin, February 23, 2017: China recorded the most copyright infringements of digital images in 2016 with about 11 percent. France and the United States are in second and third places. This is the result of an evaluation of the online portal COPYTRACK. The Berlin-based company analyzed 10,000 cases selected randomly in 2016 from its database to find the ten countries with the most copyright infringements. Britain is not represented among the top ten (num. 29 with 0.75%)

COPYTRACK is specialized to browse the Internet worldwide for unauthorized use of pictures and later to obtain license payments. Photographers, picture and news agencies, publishers as well as e-commerce providers are among its customers. Through a modern high-performance search COPYTRACK scans the entire Internet for duplicates of images of its customers. The hit accuracy is 98 percent. In 2016 COPYTRACK tracked the most frequent copyright infringements in China (11.11%), France (9.53%) and the US (8.21%). The runners up on this point of image theft are Turkey (4.65%), closely followed by Russia (4.57%), the United Arab Emirates (4.55%) and Spain (3.47%). Ukraine (2.85 percent), the Netherlands (2.72%) and Italy (2.68%) make up the bottom of the top ten.

“Most of our customers are very surprised where we find their images used illegally”, says COPYTRACK’s CEO Marcus Schmitt. „Image theft exists everywhere. From private people, to bloggers to magazines and companies – image theft occurs in a lot of places. Obviously there are some countries, where the creative property of others is less respected”, adds Schmitt. For COPYTRACK it is of no matter where an image theft took place. At their customer’s request the company gets active worldwide and demands the subsequent payments in 140 countries. 35 percent of all cases are settled after a simple request for payment by COPYTRACK. The average value of such re-licensing of images is 694 euro. Another 55 percent of all cases are paid after claim enforcement. On average COPYTRACK obtained a total of 1430 euro. The portal bases its fees on the court approved MFM-overview. The goal of Marcus Schmitt is always the economic and fair post-licensing for the user. Often this leads to further business relations between creators and former image thieves. COPYTRACK always stands in for the entire cost risk of its customers, including all legal proceedings. The service is completely free of charge. Only in case of success, COPYTRACK receives a success commission. When Marcus Schmitt and his team are successful, up to 70% of the sum obtained go to the copyright owners.

END_OF_DOCUMENT_TOKEN_TO_BE_REPLACED

PENTLAND FIRTH, Scotland, Feb. 23, 2017 /PRNewswire/ — Atlantis Resources Limited has deployed the first AR1500 tidal energy turbine with new Lockheed Martin (NYSE:LMT) technology off the coast of Scotland. The installation is the latest development in the MeyGen project designed to harness the motion of the tides to provide clean, sustainable, predictable power for up to 175,000 homes in Scotland. 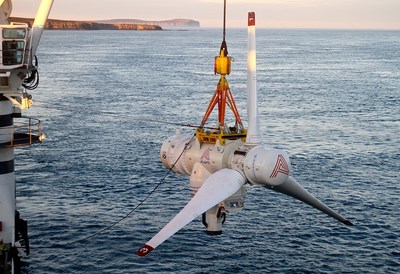 END_OF_DOCUMENT_TOKEN_TO_BE_REPLACED

World War 2 was the first war to include the widespread deliberate targeting of civilians, and particularly of children, anywhere in accessible enemy territory. Millions were evacuated from British cities to the greater safety of the countryside and the more remote areas. This large scale movement of people is reviewed in this study, using the voices of those who were there. Highly Recommended.

END_OF_DOCUMENT_TOKEN_TO_BE_REPLACED

The Battle of Rorke’s Drift is a Victorian story from the race for Empire. This new book provides a thoroughly researched study that questions the many myths and distortions that have grown up. Strongly Recommended.