On Tuesday, President Trump spoke at the Heritage Foundation’s annual President’s Club meeting touting the new GOP tax plan. He said it would “lift the U.S. economy to heights not seen since the administration of Ronald Reagan.” The Trump administration and congressional leaders call their plan the “Unified Framework for Fixing Our Broken Tax Code.” It combines corporate and individual rate cuts with the elimination of special interest loopholes to broaden the tax base and reduce the burden on the working men and women of our country. While America is in desperate need for tax relief, having Congress pass tax reform would be the first hurdle to jump over.

That’s why Tea Party Patriots Citizens Fund launched The Tax Reform Coalition this week alongside FreedomWorks. Conservative grassroots organizations and community leaders are working with Tea Party Patriots Citizens Fund, actively recruiting grassroots groups business owners, and community leaders, nationally and based locally, to create a large army of activists committed to taking concrete actions to support the passage of a tax reform package that makes the tax code simpler, flatter, and fairer. Join us and this tax reform that will incentivize growth, increase take-home pay and protects U.S. jobs.

If you’re an individual who would like to support tax reform, please sign our petition to support President Trump’s tax plan. 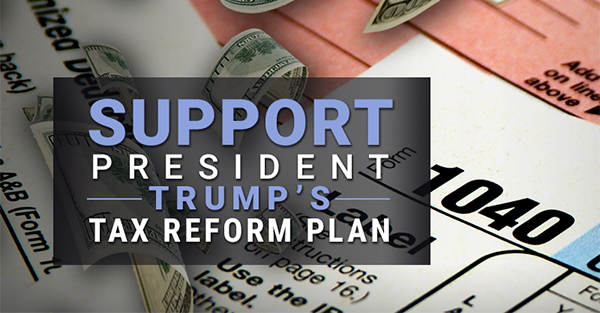 Last week, President Trump announced a halt to illegal federal payments made to insurers which the Obama Administration ordered despite not being authorized by Congress, taking the necessary steps to ensure our laws are followed. While President Trump used his executive power to stop some of the wrongs in ObamaCare, Congress must keep their promise to fully repeal ObamaCare and free Americans from all of its burdens.

Why is Congress taking its time to repeal and replace this measure?

Simple answer: Congress isn’t living under ObamaCare! Yes, you read that correctly. Congress has an illegal and unfair exemption from ObamaCare that no one else in the United States gets. The plain text of ObamaCare requires Congress to enroll in an ObamaCare exchange. Congress did not want to give up a generous taxpayer-funded subsidy for insurance, so the House of Representatives and the Senate each enrolled in the D.C. Small Business Exchange (which was only available for businesses with up to 50 employees at the time, now it’s 100). Congress lied on its ObamaCare exchange enrollment form, certifying that each chamber of Congress only has 45 employees. Congress committed a massive fraud and now members of Congress and their staff members are illegally receiving taxpayer-funded subsidies for health insurance. This is just simply wrong!

It’s time for Congress members to know what it’s like to live under this law! Removing the exemption for Congress is our best chance of getting full repeal! Sign the petition to end the exemption so Congress can make it a top priority to repeal and replace ObamaCare. 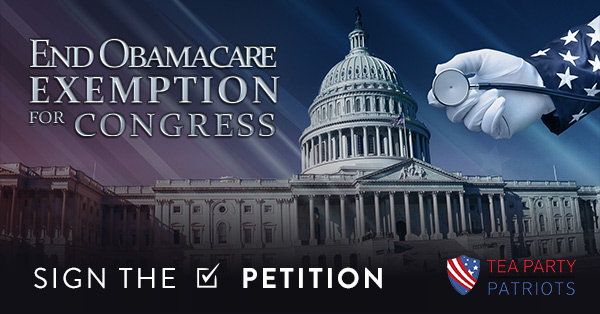 Americans are hurt when trade deals are not enforced, which is happening with our Open Skies agreements. These bilateral agreements between foreign countries and the United States govern international flight routes and are intended to benefit businesses and consumers alike. However, three Middle East government-owned airlines – Emirates, Etihad Airways, and Qatar Airways – have violated Open Skies policy by ignoring the terms that explicitly prohibit mass government subsidies to airlines. This is wrong! These violations put 1.2 million American jobs at risk and hurt the American economy. 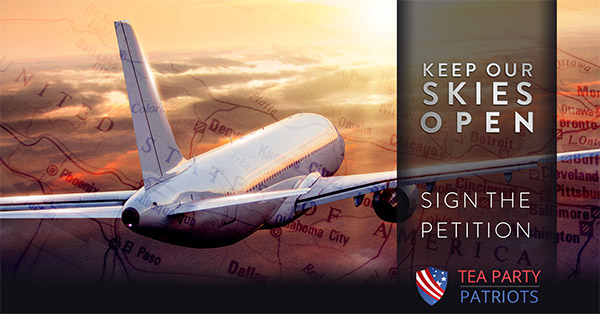 One more thing: Tea Party Patriots Citizens Fund is gearing up for 2018 and we want to know your thoughts as we make our preparations. Republicans in Washington have failed to keep some of the biggest promises they’ve made to us over the past several years and we won’t continue to put up with it. That’s why we’re looking to launch major initiatives to retire some of the RINOs who are blocking President Trump’s agenda – the agenda we voted for! Please let us know your thoughts!