2019 has been a GREAT year to be an American thanks to President Trump’s incredible leadership.

Here are just a few of the outstanding things we’ve accomplished this year.

To celebrate what a great year 2019 has been for our country, we want to do something special for President Trump, First Lady Melania, and the entire Trump family.

We’re giving our top supporters like YOU the chance to wish the First Family a Happy New Year with a personal message.

Add your message before MIDNIGHT TONIGHT to make sure the Trump family sees your note wishing them a Happy New Year. >> 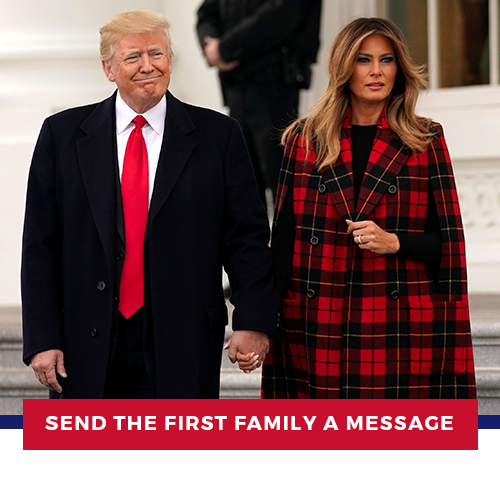 We accomplished so much in 2019, and we know that the WINNING will only continue in 2020.

Will President Trump and Melania be hearing from you this New Year, Ian?

Please add your message to wish the First Family a Happy New Year before MIDNIGHT TONIGHT.