Remarkably little has been written about the relationship between schools and the First World War, published to be available to the widest readership. There are vast amounts of documents, in the form of articles and papers about specific schools, published over the last hundred years and mainly existing in archives, never having been widely read. Happily, Pen & Sword has been publishing some important books that attempt to correct the omission, also starting on similar coverage of WWII. In 1914, the situation was unique. The Battles of Trafalgar and Waterloo had given Europe a long period of relative peace. True, the Germans had begun sharpening their swords for the Franco-Prussian War, but there had been nothing to resemble the long periods of religious and national wars that had swept Europe for a thousand years and more. The Great War shattered that period of relative peace and the failure to end the conflict honourably and effectively had created the seeds of the Second World War and, in turn, the Cold War. It is still unclear whether the Cold War ended, or just became another shaky armistice. It is also unclear how the unfinished business from 1945 in the Middle East will be resolved, or the how the competition in the Pacific Rim may provide a new trigger for war. What is certain is that the circumstances of 1914 cannot be replicated at all levels in society. This book is therefore not only an affectionate, sympathetic and moving account of the relationship between schooling and WWI, but one of the very few books to explain a key aspect of that war.

Cutbacks, what cutbacks? We are all in it together LOL

People are less likely to say they’ve been affected by government spending cuts now than in 2012, according to a new study from Ipsos MORI.

END_OF_DOCUMENT_TOKEN_TO_BE_REPLACED

Shameless EU Sockpuppets Bunged Another €200,000 By Brussels
by WikiGuido

Yesterday Guido brought you the news that Agra Europe, a Brexit-scaremongering think tank which claims to be “independent”, had directly received €36,000 from the European Union. Today he can reveal that the true figure is far higher.

Agra CEAS is a consultancy firm that is a sister company of Agra Europe – both are owned by Informa UK. A search of the European Commission Financial Transparency System reveals that, just last year, Agra CEAS was awarded a massive €209,825 contract by the EU’s agriculture programme. So that’s €36,000 of taxpayers’ money going directly to Agra Europe, and another €200,000 bunged to its sister firm. Within months, they had published a damning report claiming “A British exit from the European Union would have a devastating effect on the nation’s farmers”, so Brussels certainly got bang for our buck.

He’s obviously pleased with his “death stare”. When Tories barrack him (and they really haven’t started) he stops and stares at them in a way that chickens stop and stare at things. Eventually circumstances change and the chicken goes back to its pecking. The whips have told Tories not to be too nasty to Corbyn so they quieten down. He mistakes co-relation for causation.

The poor old piece of poultry, he’s not just second-rate but secondhand, reusing the failed tropes of failed leaders for the past 15 years. “This is Prime Minister’s QUESTIONS”, and I’ve asked the same question five times, and (quoting one sort of Tory) “Why did he say that?”, and (quoting another sort) “Where was she wrong?” 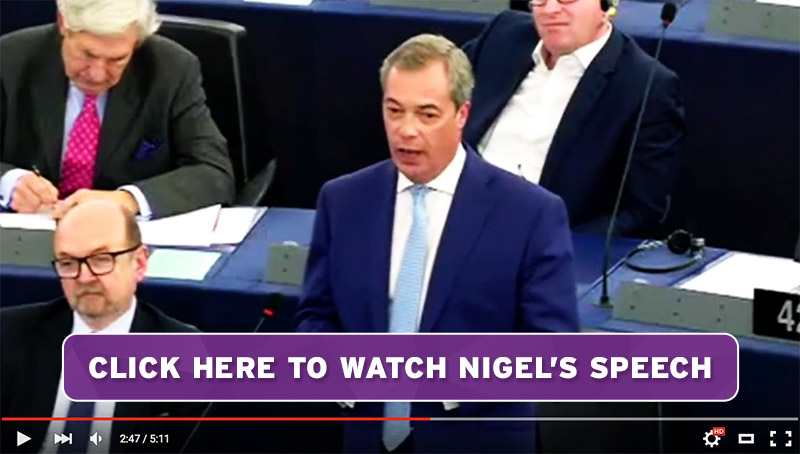 Watch the speech by clicking here

SWP hoping to get its snout in the trough

All over student campuses the toy town Trots of the Socialist Workers Party are trying to exploit the the swing to the left by the Labour Party. Cadre have been given their marching orders:

“Comrades should continue to relate to Labour Party events and meetings. We will often be welcomed by some, derided by others. This should not stop us continuing to relate in a comradely way. If we combine a united front method with ideological clarity, the SWP can make the most of an exciting new situation.”

One seasoned observer of the hard left tells Guido that the SWP’s renewed focus on Corbyn’s Labour Party could be seen as a defensive rather than an entryist tactic. Labour is now attracting the naively hard-left socialist student types who would previously have joined the SWP…

Tory Cabinet ministers winced as former Australian PM Tony Abbott warned Europe must use “force” to “turn boats around” and “establish camps” for migrants last night. The punchy speech to the Margaret Thatcher banquet at Guildhall, Abbott’s first since being deposed, has been all over the Aussie press overnight, where Nigel Farage has praised him as “heroic”. One top Tory alternatively described it as “fascistic”. Iain Duncan Smith, John Whittingdale, Sajid Javid, Priti Patel, Liz Truss and Chris Grayling were among the Maggie fans present. Though IDS eschewed the black tie dress code for a photo-acceptable blue number.

UKIP’s representatives were put on the “Leon Brittan” table, though Suzanne Evans was spared an awkward evening by fortuitously being seated several tables away. Jim Davidson was uncharacteristically restrained during his speech, a rare occasion where he was not the most controversial speaker. He was followed by Jeffrey Archer, who managed to help raise £50,000 in a matter of minutes from donors in the room. “Unlike you, we now control our borders,” was the key message from Down Under…

British Most Patriotic Nation in Europe
by Guido Fawkes

Only 15% of Brits feel “European” and more than any other country in Europe, 64% of Brits identify only as “British”. Note that Greece and Ireland – countries that have suffered greatly at the hands of the European Central Bank are also highly patriotic.

Late last night, John Boehner, President Obama and the rest of the Washington Establishment finally allowed the American public to see the details of their latest budget “deal” and it isn’t pretty. On his way out the door and into retirement, Boehner reached a deal with President Obama and the Democrats that will suspend the debt ceiling (again) and lift the spending caps Republicans fought for as part of the Budget Control Act, allowing an additional $80 billion dollars in deficit spending.

END_OF_DOCUMENT_TOKEN_TO_BE_REPLACED

We are all in it together – LOL

CCHQ Offer No “Verdict” on Tax Credits Defeat
by WikiGuido

Each morning CCHQ emails MPs a news summary outlining which stories appeared on the previous night’s news bulletins, with a “verdict” on how the coverage fared for the government. On Sunday Guido revealed the internal view on tax credits was “verdict: government loss”. The private admission that the Tories were being killed on tax credits was included in the memo no fewer than five times.

This morning’s email bounced into inboxes with a round-up of the coverage of last night’s defeat.Curiously, since Guido’s story, the “verdict” section has been scrapped. Not that MPs will be in any doubt that it was a resounding “government loss”…