Then make sure you thank the following conservative leaders for all they did to help remove John Boehner as Speaker of the House.
(If you are logged into Twitter, simply click the Twitter handle to Tweet)
*Voted against Paul Ryan for Speaker
^Did not vote for Paul Ryan
$Led fight to remove John Boehner in 2013
+Worked behind the scenes to get as many concessions from Paul Ryan as possible
&Filed the motion to vacate that ultimately forced John Boehner to resign
House Republicans Move to Impeach IRS Commissioner

This week, House Republicans announced they would seek the impeachment of IRS Commissioner John Koskinen for “making false statements under oath and failing to comply with a subpoena for evidence.” House Republicans announced their move this week after President Obama’s Justice Department declined to pursue criminal charges against former IRS employee Lois Lerner, who was at the center of the targeting scandal. Tea Party Patriots co-founder Jenny Beth Martin did not mince words in reaction to the news, saying: “It’s about damn time.” We will continue to monitor the situation and keep you informed on the latest news – we must help the House impeach IRS Commissioner Koskinen!
Tea Party Patriots Store

Join us in celebrating the courage and commitment of our men and women in uniform! These limited edition t-shirts are almost gone from the Tea Party Patriots store and honor our military and the men and women that make our freedoms possible. Don’t miss your chance to get one! Visit the store now and order yours! 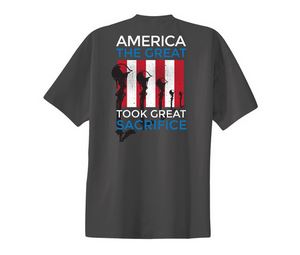 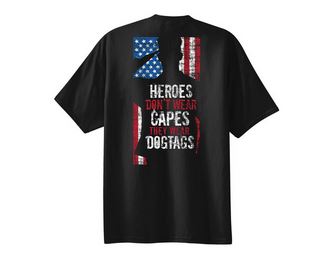 FireTheLeader.com
Following John Boehner’s resignation as Speaker of the House, calls for Senate Majority Leader Mitch McConnell to follow his lead are growing. We need your help to keep the pressure up! Add your name to the petition calling for Mitch McConnell to step down as the Majority Leader of the US Senate.
Challenge the Candidates with our New Smartphone App
Download our Yellow Card Project app today on either your iPhone or Android!

The Yellow Card Project will force all candidates for federal office to confront issues some of them would prefer not to address, like illegal immigration, out of control spending and Common Core. The new Yellow Card App is a tool that will allow you to change the conversation and get the candidates on the record about the issues that Americans care about most.
End Congress’ Obamacare Exemption:
Are you fed up with Congress exempting themselves from the laws they pass like Obamacare? So are we! You can learn more about Congress’ outrageous Obamacare exemption here and visit our resource page to find out how you can help us fight back against special deals for Washington insiders!
MRC-Tea Party Patriots Caribbean Cruise:
We are excited to be co-sponsoring the Media Research Center’s inaugural Caribbean cruise February 13-20, 2016 on Holland America’s amazing Westerdam cruise ship. TPP Co-Founder Jenny Beth Martin will join MRC Founder and President Brent Bozell, Family Research Council’s Tony Perkins, Duck Dynasty’s Alan Robertson, Senate Conservatives Fund’s Ken Cuccinelli and many more conservative leaders on the cruise. It is a wonderful opportunity to discuss the important issues of the day, business and life while sailing between the beautiful Caribbean islands! Click to reserve your spot today!
Weekly Report from Washington:
Want to get regular updates from Tea Party Patriots on the latest developments from Washington? Join our Weekly Report from Washington webinar every Monday Congress is in session at 1pm ET! You can register for the webinar here. Check out this week’s report here.
Get Involved:
Be sure to visit our site’s Get Involved page and Groups page to find more ways to contribute and stay up to date.